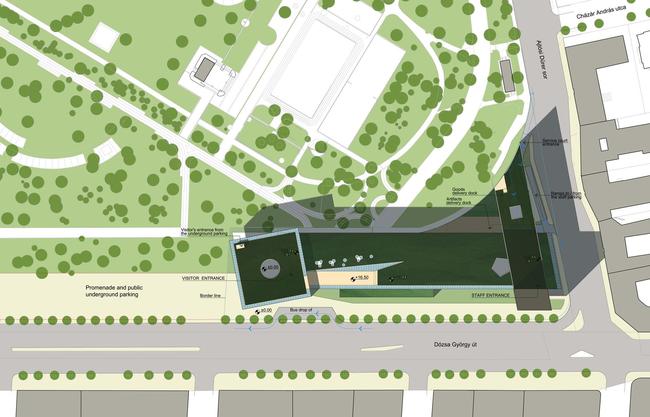 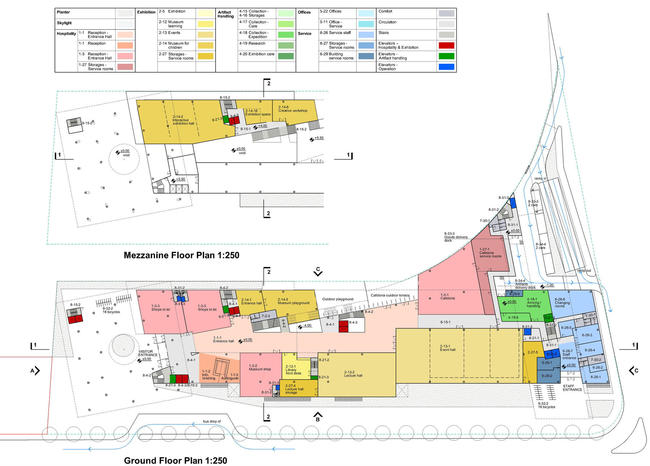 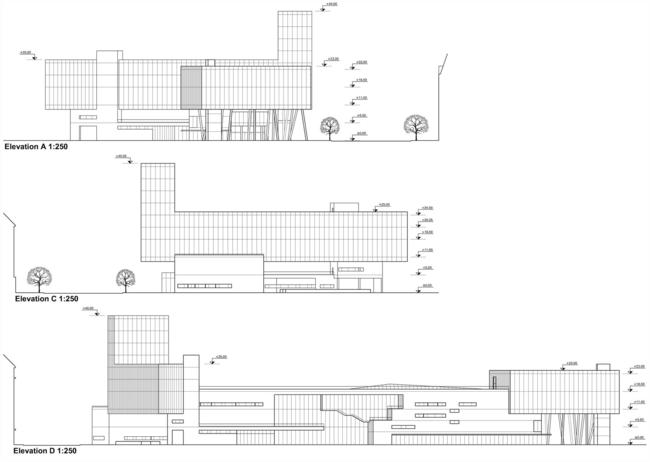 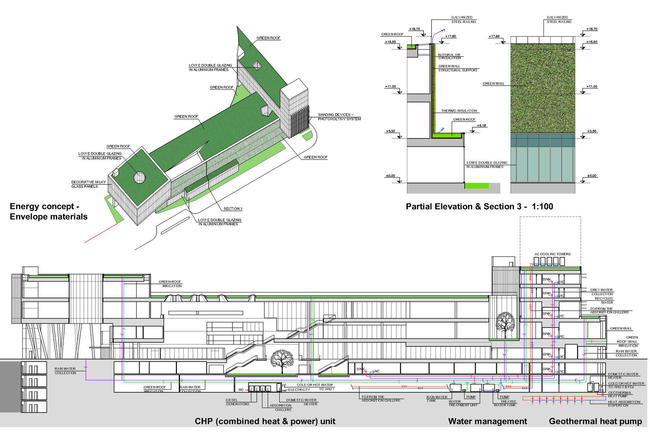 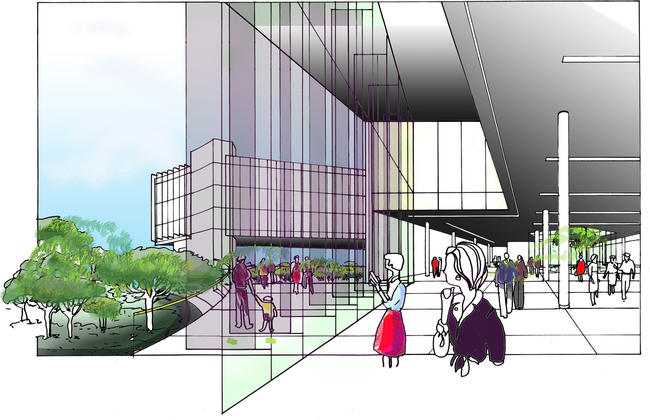 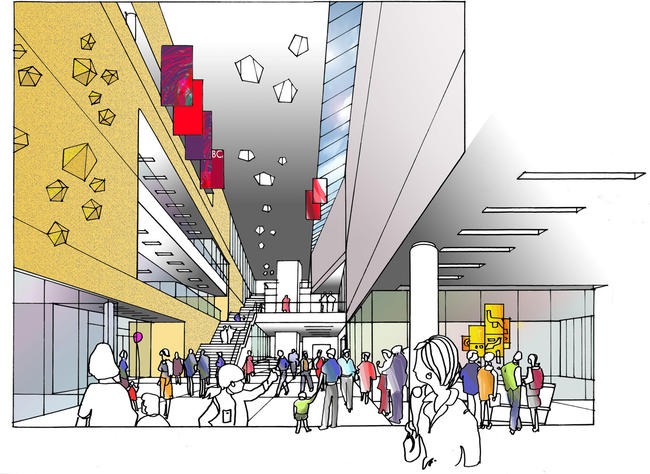 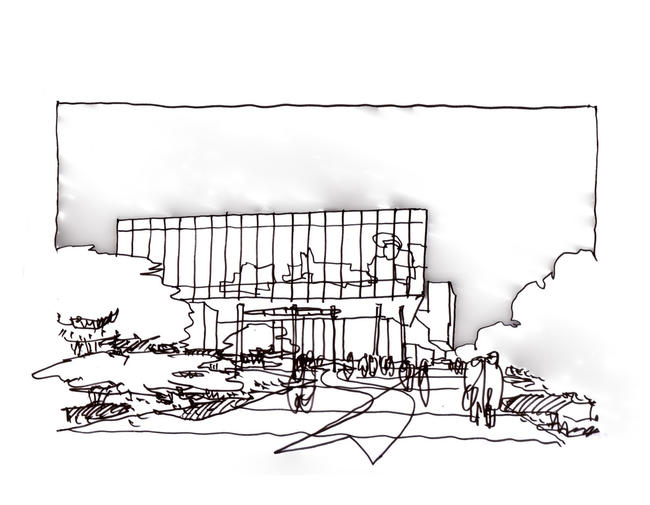 The Ethnographical Museum, one of the 5 Museums to be erected in Budapest’s City Park, is located in its southern corner at the crossing of Dozsa Gyorgy Street and Ajtosi Durer Allee. We take advantage of this key location to reposition the museum towards a more open social mission, abandoning the traditional concept of the museum as a rigid box in favour of the modern more versatile, interactive platform.
Our approach is based on two prevailing elements: the impressive legacy of Budapest’s City Park on the one hand and the remarkable effort of the Government of Hungary to concentrate on a single area the most representative cultural heritage of the country and beyond, on the other.
The duality nature/culture is thus reflected in our concept by the fragmentation of the masses and by using a Green Wall as a way to conceal the body of the Museum building in favour of the park. Thus the park advances towards Dozsa Street strengthening the perception of the two extremities of the building:
- the transparent transversal wing of the staff quarters flanking the building towards Durer Allee that ends in a tower floating above at the crossing with Dozsa Street
- and the temporary exhibition, a geometrical element shifted above the main entrance on the opposite side, towards the Heroes Square.
Lastly, our position is to strengthen the perception of the museum as a signpost for the City Park enclosure, by using the maximum permitted height of 40 m for the floating tower feature and hope that our design successfully translates its significant role played in the social structure of the city.

Adding to the architectural concept’s environmental component, the green “Living Wall” displayed on the southwestern side, offers beneficial insulating properties, numbing noise and helping to keep the building cooler in the summer and warmer in the winter. We propose a self sufficient vertical garden whose roots are planted in a structural support which is fastened to the exterior wall, receiving water and nutrients from within this system. This low maintenance and water efficient solution will incorporate a system which collects and recycles the rainwater. Furthermore, the green roof reinforces the properties of an energy-efficient envelope of the building.

Consequently the Museum was conceived as an entity that from the energy-efficient material proposed, to the selected operation and electro-mechanical system, leads to a BREEAM “A++ energy-rating building” that provides optimal conditions for the exhibits and users, with a minimum of primary energy consumption.