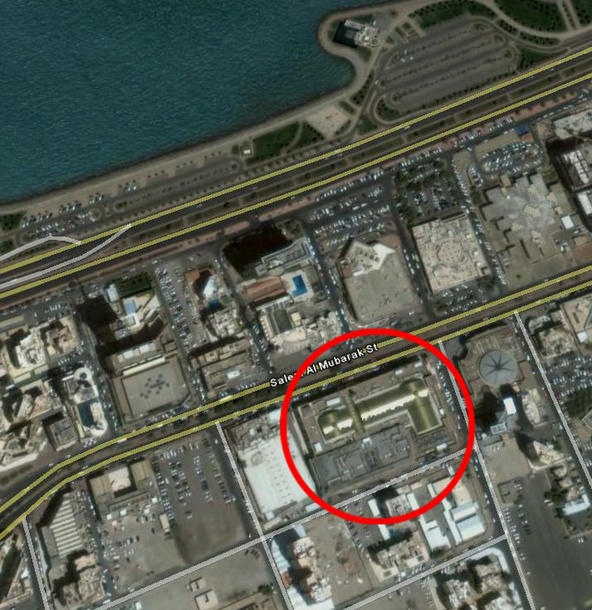 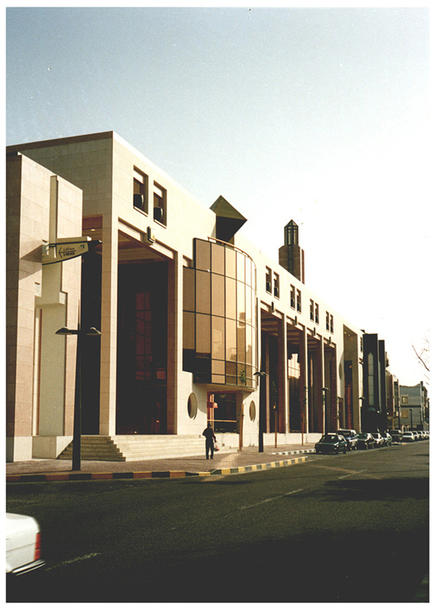 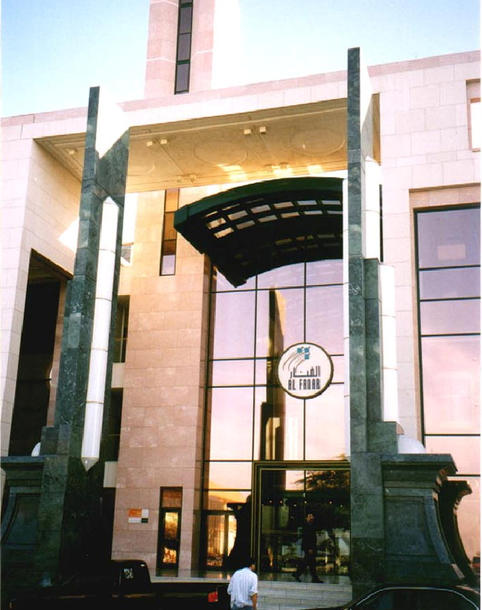 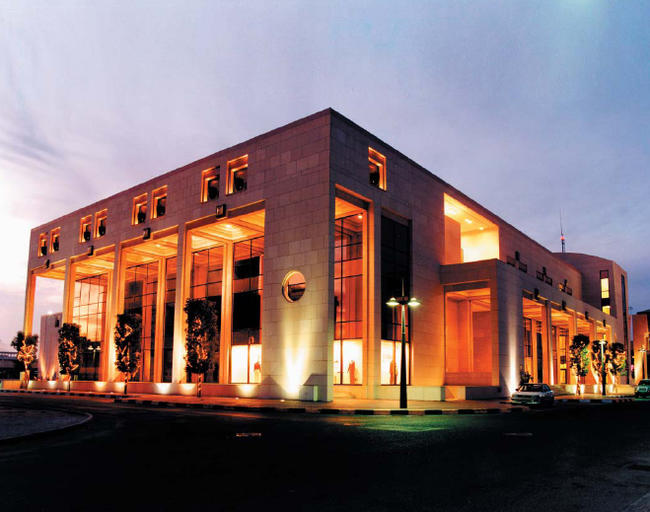 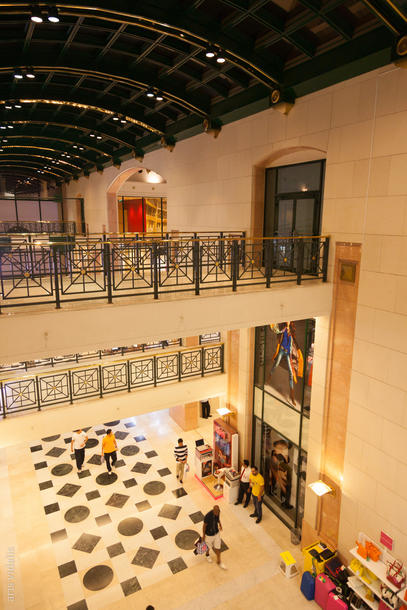 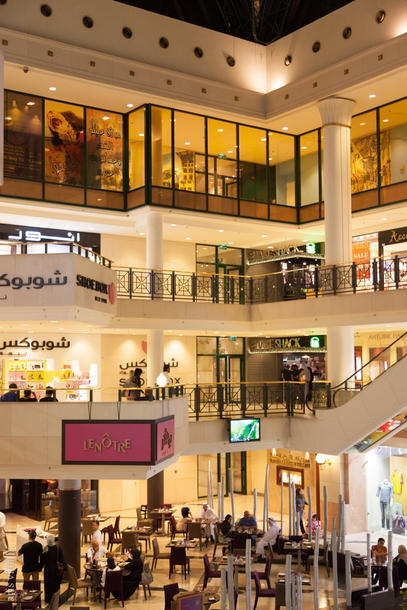 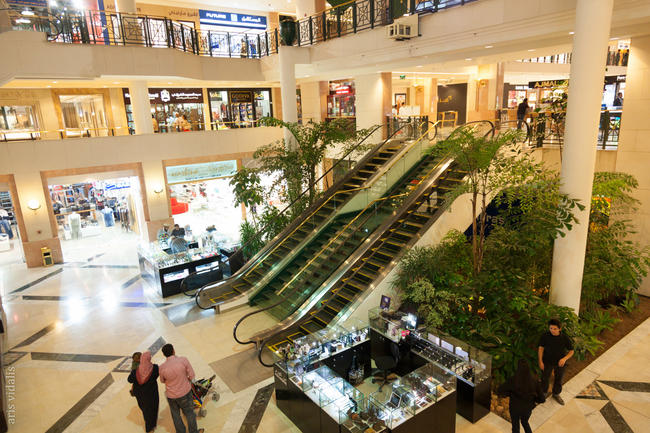 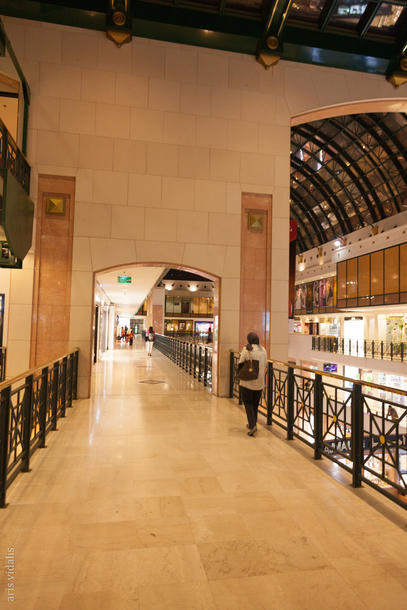 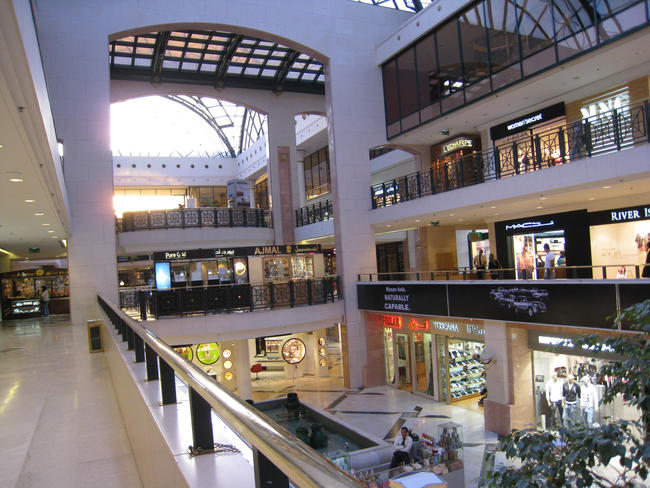 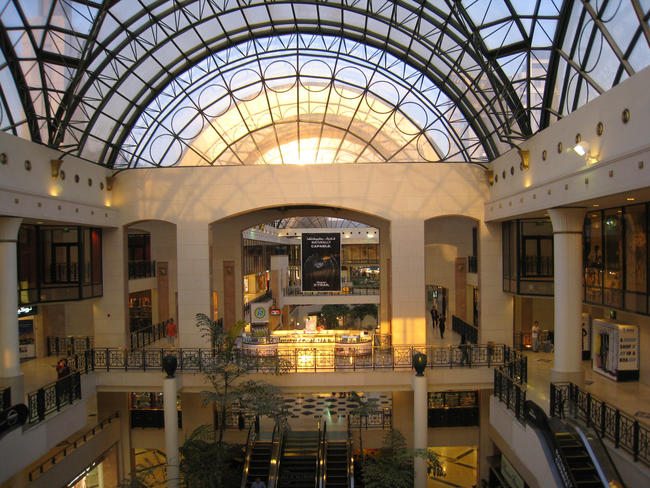 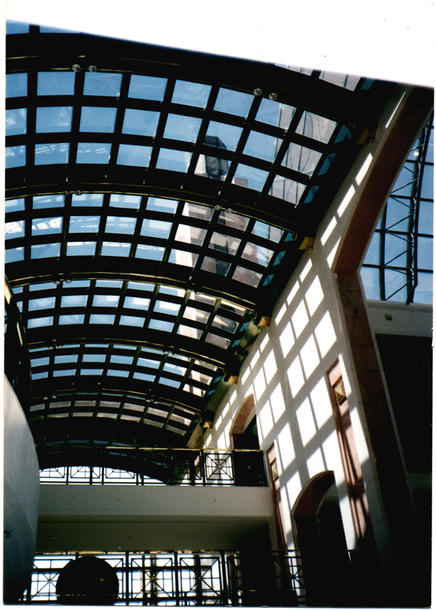 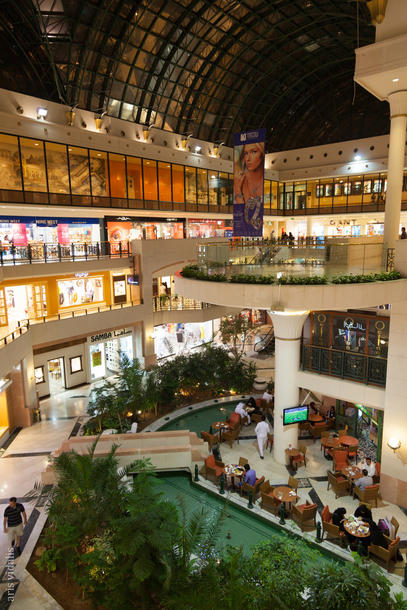 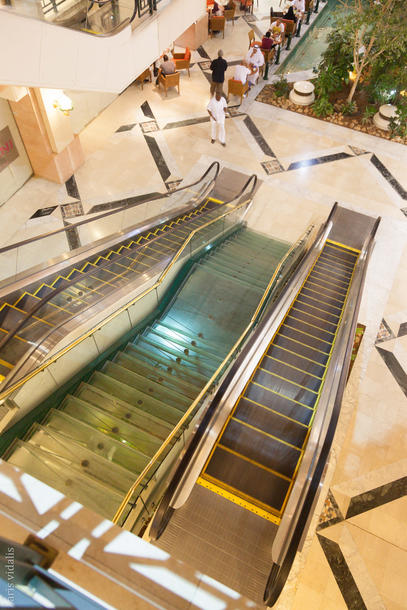 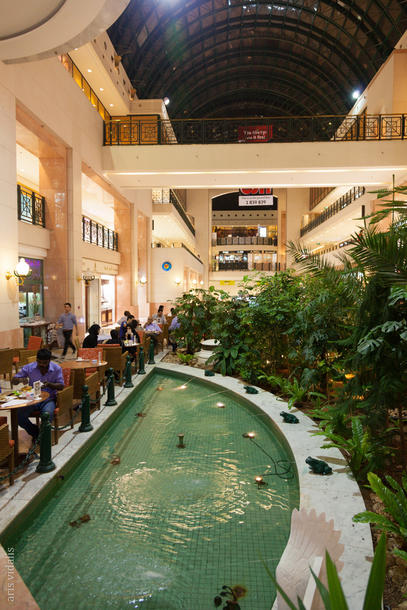 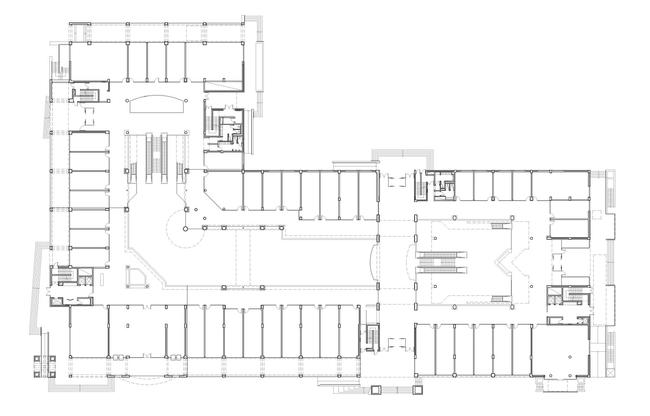 The Al Fanar commercial centre is situated on one of the best known avenues of the city and gets its name from the symbolic tower at its main entrance that resembles a light tower. The “L shaped” building occupies two of the borders of the plot and houses the functions on a single loaded corridor on either side of a central atrium. This atrium is light from above and allows the customers to see all the functions on the different floors, thus creating an environment that favours contact and forms a confined commercial centre. The perimetrical galleries are united by perpendicular bridges that can be seen from the ground floor open space that blends the commercial spaces with greenery, reflective pools and fountains. The semicircular arch covering the atrium was executed and fitted by a Singaporean company. Triangular, metallic beams support the glass canopies through which vertical elements are perceived as connections between the interior and the exterior space. The part of the plot that remained free was later completed with cinemas and large shops which are in direct contact with the existing building. The space between the two volumes has been closed by a second atrium, which is semicircular and stretches over the ground and mezzanine floors underneath the cinemas.